Lord Shiva the Yogi of Yogis !

Lord Shiva is the Yogi of Yogis, living in the Himalayas, since the creation of the Earth. The Himalayas was created by Him along with the Earth, the myth goes on! Lord Shiva spends time mostly in meditation and so acquires enormous power! According the Hindu mythology He is the God of Destruction, so that the evil yields place to the Good. 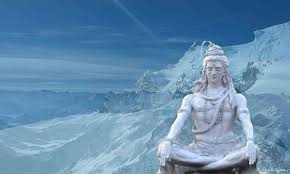 T K Mandal, an ardent follower and believer of Nature and Yoga practices. Yoga can work miracles and a Cure-All for all physical and mental diseases, yes , at any age, I assure you !